Hellenismos refers to the native religions of Ancient Greece, whereas the term Hellenism refers to a love of or study of anything Greek.  Orphism is a mystical tradition or traditions within Hellenismos, based on the teachings of Orpheus, the famous musician who was said to have calmed wild beasts with his music, even lulling Cerberus the guardian of Hades, and charming stern Queen Persephone and mighty Plouton, the Goddess and God of the Underworld.  Orpheus may or may not have existed, we have no actual proof of his existence, but a number of myths and legends, and writings, texts and philosophies which are considered to be Orphic.  Orpheus is said to have reformed Greek religion, and to have put an end to human sacrifice.  He may well have tried to put an end to animal sacrifice too, but this was far too ingrained in Greek culture and he was unsuccessful, though many texts refer to the followers of Orpheus as being vegetarians, and Orpheus is often depicted surrounded by animals, suggesting his love for and care of animals.  If Orpheus existed, it is likely that he lived around 2,000 BCE or earlier, and may have been of Thracian origin.  In images he is generally portrayed wearing a Thracian hat.  Some scholars believe that Orphism was a precursor not only to the Classical Greek religions and the great philosophical traditions of Ancient Greece, but also gave rise to the Hindu and Buddhist religious traditions (see Ralph Abraham, Orphism: The Ancient Roots of Green Buddhism at ralph-abraham.org).  Theosophists (and some Buddhists) believe that Orpheus was a previous incarnation of the Buddha, teaching a philosophy of peace and benevolence. https://orphismosuk.files.wordpress.com/2015/04/orpheu-ceb5surydice.jpg?w=300 So what are the teachings of Orphism?  Orphism and Hellenismos have survived and developed through the works of the great philosophers, from ancient times, throughout the ages to the present day, particularly Pythagorus, Socrates, Plato, and the Neoplatonists.  The Greeks are a nation who have always been proud of their past, their philosophers, myths, temples, architecture, sculpture, and all those largely Pagan things which Greece is famous for.  Paganism/polytheism was therefore never entirely stamped out by Christianity in Greece, but carried on in the art and philosophy, the retelling of myths, and in folk practices.   Paganism just went more underground.  The Neoplatonist philosophers during the Christian era had to at least be nominally Christian, though evidence exists that pagan practices and beliefs carried on in secret.  The C14th CE philosopher Georgius Gemistus Plethon, for example, a Greek scholar of Neoplatonic philosophy during the heavily Christian Byzantine era, and Chief Magistrate of Theodore II, founded a Mystery School in which he taught polytheism, and his students prayed to the Olympic Gods.  After his death, manuscripts were found which he had not made public, due to their what would be considered then, heretical nature.  His Nomon Singrafi, or Nomoi (Book of Laws) detailed his esoteric beliefs, and discussed daemons, astrology and the transmigration of the soul.  He recommended religious rites and hymns to petition the Classical Gods, such as Zeus, whom he saw as universal principles and powers.  The document was unfortunately destroyed due to its “heretical” nature.  Plethon’s friend Marsilio Ficino, an Italian scholar and Catholic Priest, was one of the most influential humanist scholars of the early Italian Renaissance, reviver of Neoplatonism, and the first person to translate the Orphic Hymns, as well as the writings of Plato, into Latin. Although there are some fundamental differences between Neoplatonist philosophy and that of Orphism, Neoplatonism does preserve some Orphic ideas, and it is likely that just as the Neoplatonist philosophers may have been outwardly Christian, but practiced their pagan religion in secret, that so did other less well known Greeks, and that Orphismos and Hellenismos survived through family traditions passed down in secret through the generations.  The Orphic/Hellenic tradition presented here is one which has been practiced by families in Greece, and up until recently has been little known outside Greece, but passed on from individual to individual.  It is not a reconstructionist religion, and does not aim to re-create the past, or to do things exactly the way they were done in the past, but has developed through time. There are secrets and mysteries which can only be taught on a person to person basis, and will not be presented here, but I aim to present a summary of the basic philosophy on these pages.  This site will also contain some of my own thoughts, ideas and syncretic practices, and I will distinguish between what is part of the tradition, and what is my own, or syncretic.  So, what is Orphismos all about?  Lots of information about Orphismos/Hellenismos may be found at http://www.hellenicgods.org 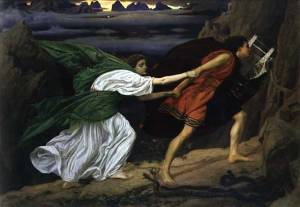 A good place to start is to understand the basic foundations of Hellensimos.  The following is a brief summary of the page from http://www.hellenicgods.org regarding The Four Pillars of Hellenismos:

THE FOUR PILLARS OF HELLENISMOS

1. AKOI(Ah-koh-ee) “Things heard”.  This relates to the traditions, stories of the Gods, the myths, rituals, practices and philosophical viewpoints.  We accept these things as heritage and are enriched by their beauty, but they must come under the eye of Philosophia.  Belief (Pistis) is subjective, and not genuine knowledge.   AEpistimi is knowledge.

2. Theurgy.  This is communication with Deity through ritual.   We are attracted to the Gods as something of great beauty.  Communion with the Gods in a formal setting is called Thaeorgia.

3. Philosophia.  This is the love of wisdom, and refers to intellectual work which endeavours to discover genuine truth and wisdom, and to challenge our own ideas.  This is not self-justifying philosophy aimed at justifying our ideas, but the raw philosophy of Socrates.  We attempt to expose the ego, that which takes sides and skews arguments in favour of the defines of preconceptions, rather than the actual perception of reality as it is.  So, on the one hand there is what we are taught, the tradition, AKOI, and actual experience of reality on the other, how well we understand the Kosmos, and function within it.  Religion without this raw philosophy is belief-based and insubstantial, and Hellenismos without philosophy is a religion of favours and propitiation.  If our perception of reality is skewed and incorrect, then our actions follow, and we act badly.  If our perception is accurate, we are able to act with more effect.

4. Araeti, Virtue.  This is not “the pursuit of glory” as many understand the word, nor is it the Aristotelian list of various excellences, nor is it the Latin “virtis” which is more virility and strength.  Areti is the source from which all virtues are generated.  Plato said that virtue is a type of harmony of the soul, a type of  consent between one’s emotions and one’s reason.  Plato also described four principle manifestations of Areti: i. Courage or fortitude (Andreia or Thrasos)   ii. Temperance or Moderation (Sohphrosyni)  iii. Wisdom (Phronisis)  iv. Justice (Dikaiosyni).  These are the Four Cardinal Virtues of Classical Antiquity.  The achievement of Areti is putting one’s own ambitions aside in favour of what reflects the Natural Laws.  It involves the development of perspective in relation to one’s place in the Kosmos, and putting that realisation into action, developing the human conscience, and progress of the soul.  The gift of the achievement of Areti is the most pleasing gift we can give to the Gods, all other offerings, such as incense, flowers, wine, are all just symbolic.  Areti is exceptional because its effects are significant and far-reaching.  The Gods desire us to achieve Areti, and endeavour to help us.  So, we discover our religion, and by AKOI we enter the tradition.  By Thaeorgia we develop relationship with Deity and strengthen out resonance with the Natural Laws.  We apply Philosophia to attempt to become rational and develop wisdom (Sophia).  We integrate these into our lives to develop Areti.

Posted by ariadnerainbird | Filed under Uncategorized